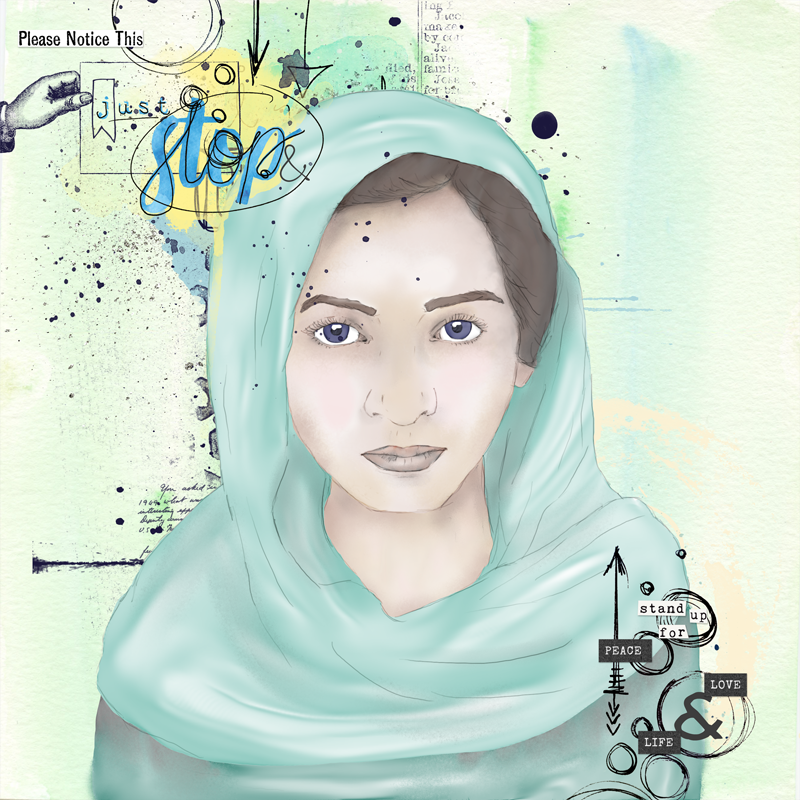 I had a million words going through my head as I was first drawing this - and later painting it. A million words I felt needed to be said out loud - but now the piece is done I feel empty. So forgive me if this is going to be nothing more than rambling on my part.

For the most parts I've gotten to grow up in a peaceful country. The Danes have more than once been called the happiest people on earth and I think it's because we like our peace and quiet - so we rarely do something to disturb this peace and quiet. From the outside, our reluctance to do that might appear to be a state of happiness. It might even be happiness.

But like I said. I am the lucky one because out there, far away from home, sometimes perhaps not even that far away, people are hurting. They are getting killed, abducted and tortured simply because of their beliefs or lack of believing the same as others.

How could I? I get to live my life as always. Or so it would seem but that's not true. The truth is that thousands, millions are running away from the horror of war and some of them are making it all the way up here in the cold North and that's where my happy little existence end because I get to see the true colors of family members, acquaintances and even friends, sharing their inhuman thoughts about these people that need our help. 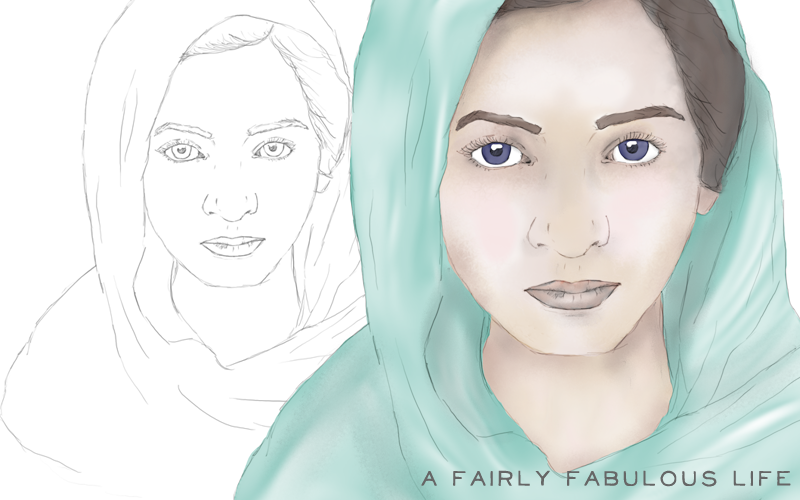 I can't say what's right or wrong in the conflict. I can't tell you what the right solution for the many people on the run is. Stay or go? Fight or surrender? I can't. I don't pretend to have all the answers. I'm not even sure I know which questions need to asked.

because every day I go to work, I get to hang with one those men that my surroundings are apparently afraid of.  I partly get where that fear comes from but if we don't stop and listen, make room for getting to know them and for them to get to know us, we as humans really have no chance of co-existing. Until someone, much smarter than me, figures out how to make peace in the world, we need to co-exist.

My Syrian coworker, my Syrian friend, came to Denmark alone. All he had left in Syria was his father, too old to make the journey out of there. He's probably one of my most fave humans ever. He works hard, takes care of the people around him, always pushing to do what's right. He's an amazing human being. He's there working while learning the language and the culture. He's there to get the tools he'll need to take care of himself and sometimes I look at him and wonder how someone can be so broken and yet so together.

Last week his father was abducted and I felt my heart break for him in ways I've never known before. I wish I had the power and the knowledge to make it all go away. I wish I could offer him much more than simply being a friend but that's all I have to offer which makes think that what if we all tried to be better friends to the ones we have now and the ones we have yet to meet.

What if a friendship could change the world? What if we could end our prejudices simply by getting to know someone as a human and not as a statistic?

I did warn you about the rambling but these are just some of the things that has filled my head lately.

The drawing is inspired by a photo by Steve McCurry and was created in ArtRage and finally made into an art journal page in PSE with supplies from Mixed Media Monthly by TLP Designers. I will (probably) link it to Paint Party Friday, Take A Word and Kim Dellow's Show Your Face